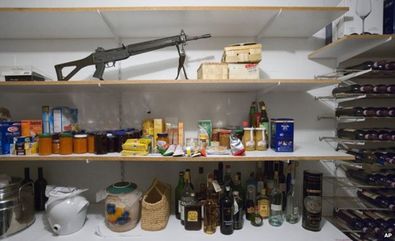 Not that the Swiss will make it easy for me.  In a 2014 referendum they exercised their national sovereignty by voting to introduce quotas on immigration, a move at odds with an earlier agreement with the European Union to allow free movement of people.

But then, right there, are three things I like about the Swiss.  They themselves like being Swiss, and are determined to sustain the identity and independence of their nation state, to which project control over their own borders is fundamental.  Political power is more decentralized and more in the hands of the citizenry than anywhere else in the world. And, despite having to strike various deals with the European Union, they reject membership in that emerging imperial state, and in the euro, retaining their own splendidly valuable Swiss Franc.  You can throw in Switzerland being one of the most successful and prosperous economies in the world.

I mean, why would I want to join any club that does not at least try to keep out people like me, right?

Alex Tabarrok at Marginal Revolution has a nice post on the Swiss ethos of what he calls “preparing for civilizational collapse”; though it is perhaps more accurately an ethos of comprehensive societal preparedness to protect national independence and democracy against foreign invasion.

“All around Switzerland, for example, one can find thousands of water fountains fed by natural springs. … Elegant, yes, but if and when central water systems are destroyed these fountains are a decentralized and robust system for providing everyone with drinkable water.

“The Swiss political system is also decentralized. If the central government fails, the Swiss might not even notice. The mountains and valleys also mean that Swiss towns and villages are geographically independent yet linked in a spider-web of robust connections.”

Tabarrok links to a useful article on Swiss military strategy, which observes that:

“Switzerland has one of the highest rates of gun ownership in the world and many Swiss people are highly competent in handling said firearms due to both compulsory military service and a strong culture of recreational shooting (half a million Swiss children are said to be part of a gun club of some kind). …

“Dubbed the Swiss National Redoubt, in a nutshell Switzerland has taken advantage of it unique natural geography, which includes mountains that surround it on nearly all sides, to build countless bunkers, fortifications and warehouses across the country that can be accessed at a moment’s notice. The full scale of the fortifications is a closely guarded secret, but some of them are kept in plain view as part of a comprehensive campaign of deterrence.

“Initially the National Redoubt consisted of tunnels bored into the many mountains of Switzerland in key strategic positions for retreating troops and citizens to take shelter in, but over the years these have evolved to encompass a host of ingenious defensive and offensive structures. Along with tunnels and bunkers (which are fully stocked and contain everything from bakeries and hospitals to dormitories), the mountains of Switzerland also hide countless tanks, aircraft, and hidden artillery guns (some of which are pointed directly at Switzerland’s own roads to destroy them in the event of invasion).”

Think about the pessimistic and therefore thoroughly realistic philosophical outlook to which all this speaks. Here is a state that has not yet fully bought into the European Union’s historicist happy-talk about a continent that is on the way to extinguishing its historical nations and passing forever beyond the possibility of war into the utopian uplands of benevolent technocratic rule and perpetual peace.  History is unpredictable. The Swiss are peaceable but prudent, well-armed against an unknowable but possibly dangerous future.

The political lessons of Switzerland go further. For here is a robust nation state that has been built out of different ethnicities and language groups, Germans, French, Italian. Switzerland is the data point that tends to refute the theories of identity politicians on both the right and left.

It disconfirms alt-right theories that a successful society must necessarily be ethnocentric.  Yes, I know: alt-righters will say that Germans, French and Italians are all white, and that that is the only distinction that matters. But ‘white’ is not a concept that mattered to anyone or even existed through most of the 800 years during which the Swiss national identity was formed. The intense, savage enmities - ethnic, national, military, religious, ideological – that the Swiss had to overcome in forging their nation state were all enmities among Europeans, among white people.  The Swiss accomplishment cannot be undermined by wheeling out anachronistic racial concepts that have little or no scientific explanatory power over the past, or (I would argue) the present.

The Swiss data point also disconfirms left-wing identitarian theories that true democracy can only come into being through heightening separatism between ethnic, language, gender and other identities. The truth is almost the exact opposite. Democracy requires a culture of common citizenship - a common "we-ness" - that stands above all other sectarian or genetic identities.  Deliberate, conscious efforts to build up this common political identity – think the epic mythology of William Tell - are a major theme of Swiss history.

“Why Switzerland?”, ask Clive Church and Randolph Head in their Concise History of Switzerland.  “We can ask, first, how and why it was that a separate modern nation-state – one characterized both by a lasting dedication to direct-democratic decision-making and by tenacious hesitation to follow the political norms of their neighbours – emerged in this region … Neither dynasty, nor language, nor religion brought about a Swiss national identity that could bolster a Swiss political nation. Instead, modern Switzerland seems in an important sense the result of its inhabitants’ own decisions – a Willensnation, a nation resting on its inhabitants’ will – and of its own and its neighbours’ willingness to accept its various forms through the centuries as a single and continuous political unit.”